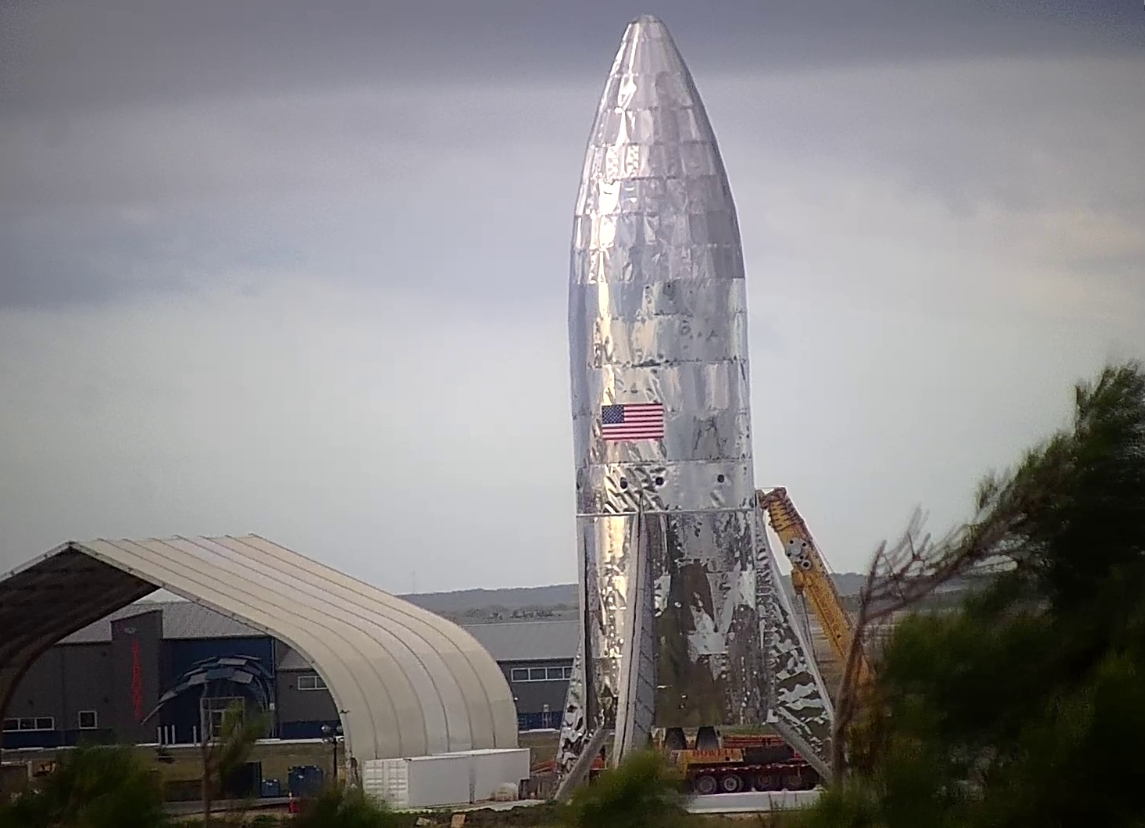 Part 1 of 3 Parts
There is a debate going on with respect to which astronomical body should receive the most attention of major space agencies and private space industry. There are arguments for going to the Moon to establish a permanent colony versus sending manned expeditions to Mars. Several different private space companies have set their sights on Mars including SpaceX, the company founded by Elon Musk. He is dedicated to the creation of a permanent human colony on Mars.
SpaceX has been working on the design of a huge reusable spacecraft that he calls “Starship” to take colonists and equipment to Mars. The Starship will be one hundred and eighty feet tall. It will be lifted into orbit by the SpaceX Super Heavy booster that is two hundred and twenty feet tall. The Starship will be refueled in low Earth orbit after launch. It is designed to carry a hundred passengers and a hundred tons of cargo to Mars. Recently SpaceX announced that they had made two radical major design changes to the Starship. Musk called these changes “delightfully counterintuitive”.
Recent SpaceX spacecraft have been constructed from carbon-fiber composites. Musk wants to build Starship from stainless steel alloys. He says that pound for pound, stainless steel is about sixty-seven times cheaper than the light, super-strong carbon-fiber composites that SpaceX had been planning on using to build the Starship. Steel is also much easier to work with than carbon-fiber composites which means that it will be easier and faster to create and test prototypes. It is able to resist intense heat better than carbon-fiber composites. In addition, the strength of steel actually increases by fifty percent when it touches the super-cold methane and oxygen which are used as fuel.
Earlier attempts to use steel for rockets failed because to the weight and strength of steel. Musk claims that he has solved these problems. The Starship will be able to reduce weight because it will not need the heat shielding of current spacecraft and the fact that contact with fuel strengthens steel. He said in a tweet, “I'm confident that a stainless-steel ship will be lighter than advanced aluminum or carbon fiber, because of strength to weight vs temperature & reduced need for heat shielding.”
The other major change has to do with how the Starship will stay cool passing through the atmospheres of Mars and Earth. Currently, landing craft are kept cool during reentry into Earth’s atmosphere by thousands of thick ceramic tiles. This was the system used to protect the U.S. Space Shuttle. The Starship is being designed to “bleed” rocket fuel through tiny holes in the skin of the craft. Theory says that injecting liquid between the stainless-steel skin of the Starship and the super-hot envelope of plasma generated by passage through atmosphere should prevent the destruction of the ship.
The Starship is expected to enter the atmosphere of Earth or Mars at nineteen thousand miles per hour. Parts of the ship could be exposed to temperatures as high as two thousand seven hundred degrees Fahrenheit. Theoretically, that could destroy the steel that will make up the hull of the Starship. The alloy Musk will use is called 310S. It is heat resistant because it contains a lot of chromium and nickel. However, even 310S starts to react to oxygen at around two thousand degrees and melts at about twenty-four hundred degrees.
Please read Part 2