Conflict In Orbit - Part 2 of 2 parts

Conflict In Orbit - Part 2 of 2 parts

U.N. Committee on the Peaceful Uses of Outer Space .png 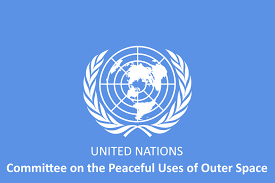 Part 2 of 2 Parts (Please read Part 1 first)
Beyond concerns about space debris, there are worries expressed by national governments and international regulatory bodies that the current view of space as a neutral and conflict-free zone is being eroded by ASAT tests. This may mark a serious decline in global security.
There are five main international global space treaties that have been in force for up to fifty years.
• Outer Space Treaty (1967) – governs the activities of the states in exploration and use of outer space
• Rescue Agreement (1968) – relates to the rescue and return of astronauts, and return of launched objects
• Liability Convention (1972) – governs damage caused by space objects
• Registration Convention (1967) – relates to registration of objects in space
• Moon Agreement (1984) – governs the activities of states on the Moon and other celestial bodies.
When these treaties were written and ratified, there were only a few space faring nations and the technology was primitive by today’s standards. Many import issues were left unresolved by these treaties. The deployment of weapons of mass destruction in orbit by any of the signatories is prohibited. However, powerful conventional weapons such as the non-nuclear ballistic missile used in the Indian test are not prohibited.
The treaties says that space shall only be used for “peaceful purposes.” Unfortunately, whenever lawyers are involved, you have to be very careful about the exact meaning of words in laws and treaties. After the successful ASAT missile test, India released a statement that said that “we have always maintained that space must be used only for peaceful purposes.” The fact that India could conduct such a test and then make such a claim means that new treaties must be developed that more fully define terms such as “peaceful purposes.”
Work on new space treaties is being carried out in a number of places. At McGill University in Canada, the MILAMOS project is trying to develop a set of fundamental rules of the military use of outer space. The Woomera Manual is a project of the Adelaide Law School in Australia. As important as these projects are, they can only result in “soft laws” which are not binding on any of the space faring nations. The U.N. should be more involved in working on space security issues. Both the U.N. Disarmament Commission and the U.N. Committee on the Peaceful Uses of Outer Space should be pressured to devote more resources to the discussion of the use of weapons in orbit.
To be honest, I am afraid that there is just no way that powerful weapons will not find their way to Earth orbit if they are not already there. There is no global inspection of payloads that are launched into Earth orbit. There are powerful space faring nations that fear each other. I am certain that the international space treaties do not intimidate them and that they would consider it a dereliction of duty not to send secret caches of weapons to orbit “just in case.”
There is no satisfactory solution to this problem. There will be weapons in orbit and they will be used someday. All we can do is work on diplomacy here on Earth to try to prevent a war that spreads to the heavens.


PepsiCo Backs Down From Announced Billboard In The Sky