The universe is stranger than Star Wars

The universe is stranger than Star Wars 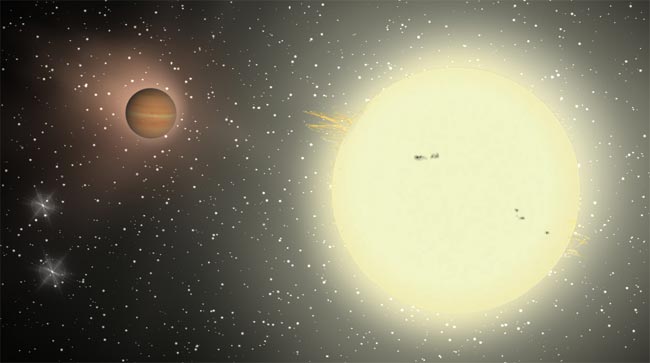 Truth is stranger than fiction.

George Lucas created the Star Wars saga at a time when Americans were less optimistic with all of the events happening around them like the Watergate Scandal. But the more time goes by, it seems that a lot of the exotic worlds Star Wars showed have been found by astronomers in the Universe.

Luke Skywalker's home planet is Tatooine and in the episode, A New Hope, he looks at the sunset which shows two suns. A lot of physicists and astronomers at the time thought this was a wild depiction, but it turns out that the Universe has this too and these worlds are not rare.

There are more Star Wars like worlds in our own backyard. The Millenium Falcon was flown into an asteroid by Han Solo in "The Empire Strikes Back" so that it could be concealed from the Empire's thugs. Our solar system has a large asteroid with craters and pits called Vesta that could do the same for Han.

In "Star Wars Episode III: Revenge of the Sith", there is a volcanic planet where Darth Vader who takes the form of Anakin Skywalker has a duel with Obi-Wan Kenobi. Planet CoRoT-7b  is about 480 light years away and is believed to have several volcanoes that erupt all the time.

The gas giant Bespin in "The Empire Strikes Back"

This gas giant Bespin in the Star Wars series can be likened to the gas giants exo-planets that have been discovered that orbit very close to their respective stars.

Dr. Michio Kaku had stated that sometimes whatever we imagine could possibly be found in the Universe.


Neil Armstrong remembered for his contributions to mankind