There are interesting theories as to why there has been no evidence or contact with extraterrestrial civilizations.

The Fermi paradox is the seeming inconsistency between the high chances of intelligent life that have been suggested and the lack of evidence for, or communication with, these extraterrestrial beings.

There are interesting theories as to why there has been no evidence or contact with extraterrestrial civilizations. Some of them are as follows.

This is opposed to the principle of mediocrity which is backed by famous astronomers like Carl Sagan and Frank Drake. This hypothesis basically argues that complex life forms on this planet evolved due to a very unique arrangement of astrophysical and geological events.

The nature of intelligent life is to destroy itself and others

Nuclear war, biological warfare or a Malthusian catastrophe would cause intelligent life to destroy themselves prior to or just after gaining radio and space flight technology. Self-destruction is an enigmatic result of evolutionary attainment from a Darwinian point of view.

The very characteristics that force people to consume resources, increase their life expectancy and produce offspring would cause them to be more aggressive and make them more likely to exterminate each other as well.

Extraterrestrial Civilizations are too distant in time and space

When intelligent life is several thousand light years apart, it is conceivable that either life forms may be wiped out before any real communication can be made. The other thing is that the chances of two or more complex forms of life thriving during the same time are quite poor.

We have not been looking long enough

On a cosmological scale, the entire epoch of modern human existence is much too minuscule. Radio technology has only been around since the start of the previous century. If aliens had visited or come close to the Earth before the existence of people, they may have observed a dead planet and not realized what was to come in the future. 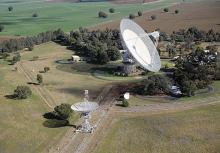 It could be that human beings would need to develop better instruments that help in communicating with extraterrestrial life. There is also a lot of luck that would need to be involved. For instance, earth observers would have to listen at the right frequencies from the precise regions of space or anticipate that intelligent life in the universe would send fixated messages in the direction of Earth.

In the science fiction novel, Contact, Carl Sagan wondered for a moment if extraterrestrial life could have a way of thinking that could be faster (or slower) than humans. The psyche of aliens may differ from humans in such a way that they may not get the language and other ideas that may be specific to Earth.

Another issue is if extraterrestrial civilizations have not become technologically advanced enough. It is hard with the current methods to distinguish intelligent life from other life forms if a planet with life was found.

This is very interesting notion that alien life may not want to meddle with the development of life forms on the Earth. According to this theory, aliens may only contact Earth after humans passed certain technological abilities like becoming proficient in interstellar travel.


The Aurora Borealis Was Seen In 20 States Last Week