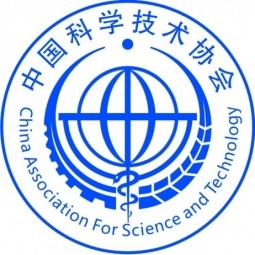 Human civilization requires a great deal of energy to continue to operate and expand. Fossil fuels are going to be retired to help mitigate climate change. Nuclear power plants are popular in a few countries, but many existing power plants are being shut down as the industrialized West turns away from nuclear power. There is a remote possibility that a working nuclear fusion power plant may be developed which would solve some of the problems of fission nuclear power plants. The goal for many nations is to be able to generate sufficient power from renewables such as wind, solar, dams and geothermal plants to be able to turn off all fossil fuels and nuclear power plants.
The idea of putting solar panels in space and beaming the energy back to Earth has been discussed for decades but we are just now reaching the level of technology that would be required to carry out such a project.
China has announced plans for the construction of a two-hundred-ton megawatt level space based solar power station by 2035. The station would capture the sun’s energy that does not reach the Earth. Wang Li is a CAST research fellow. He presented the plan that the Sixth China-Russia Engineering Forum that was held last week in Xiamen in China’s Fujian Province.
The energy captured by the solar panels in space will be converted to microwaves or visible light and beamed back to receivers on Earth. Wang said, “We hope to strengthen international cooperation and make scientific and technological breakthroughs so that humankind can achieve the dream of limitless clean energy at an early date.”
When compared to traditional fossil fuels, which are being exhausted and cause severe damage to public health and the environment, space-based solar power is much more efficient and sustainable. It could provide a very reliable power supply for satellites, areas which have lost their grid due to natural disasters or war, and isolated areas that have no grid.
The idea of collecting solar power in space was first written about by well-known science fiction writer Isaac Asimov in 1941. In 1968, Peter Glaser, an American aerospace engineer, wrote the first formal proposal for a space-based solar power system.
China has proposed a variety of systems for collecting sunlight in space for power. They have also made breakthroughs in wireless energy transmission since they first listed space-based solar power as a major research program in 2008. However, their ambition has faced serious challenges with respect to necessary technology. Many solar panels would have to be launched into space and connected. Efficient transmission of megawatts of energy will have to be perfected.
Twenty-eight million dollars have been invested by China to construct a testing base in Bishan, in Chongqing Municipality in southwest China. It will be used for researching high-power wireless energy transmission. They will also be researching the impact of such energy transmission on the environment.
Wang says that research into space based solar power will help innovation in new space industries such as commercial space transportation.