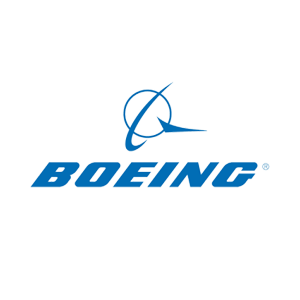 Boeing has been in the news a lot lately. Unfortunately, a lot of the media coverage has been about problems at the company with respect to space projects. Boeing unexpectedly pulled out of a DARPA spaceplane project without any explanation. Very recently, the failure of the test for a manned launch vehicle was attributed to software. Boeing does continue to be involved in developing hardware related to launch vehicles and satellites.

Boeing HorizonX Ventures is an investment company that identifies and invests in startups from anywhere in the world which are developing revolutionary concepts and businesses related to Boeing business activities. These include advanced manufacturing, virtual reality, aerospace vehicles, autonomous flight and artificial intelligence.  Recently, they collaborated with Shasta Ventures to lead an eleven-million-dollar Series B investment Round for Accion. Accion is a pioneer in the development of miniature ion propulsion systems to allow small satellites to maneuver in orbit. It was spun off from research at MIT in 2014.

Boeing and Shasta have invested in Accion before. Shasta led a Series A round of investment for seven and a half million dollars in 2016. Boeing also led a three-million-dollar investment round in 2018. Accion has collected a total of thirty-six million dollars since 2014. This includes fourteen-million-dollar in Department of Defense and NASA contracts. They intend to use the new capital to increase Accion production capabilities and add more personnel.

Accion’s new ionic engine is called the Tiled Ionic Liquid Electrospray (TILE). It is intended to increase the lifespan and the maneuverability of satellites. The TILE engine utilizes electric fields which accelerate a non-toxic, ionic liquid propellant through tiny thrusters.

Natalya Bailey is the CEO of Accion. She said, “At the size of a postage stamp, our propulsion system is rewriting the rules of small-sat navigation and maneuverability. We’re excited to ramp up production and offer our clients benefits such as extending mission lifetime, station-keeping and deorbiting capabilities.”

The Accion TILE system is scheduled to be employed on a few experimental nanosatellites which will be launched in 2020. Accion was one of only fourteen companies to be awarded “Tipping Point” funding from NASA last year. This program was initiated to help develop technologies for missions to the Moon and Mars. Accion received three million nine hundred thousand dollars for work with NASA’s Jet Propulsion Laboratory on an ion propulsions system for use of small satellites.

HorizonX has a portfolio that includes twenty companies. Some of these are also space-related ventures including Isotropic Systems Ltd, BridgeSat and Myriota. Isotropic Systems Ltd is working on the first multi-service, high-bandwidth, low power, fully integrated line of high throughput terminals to support the satellite industry. BridgSat’s mission is the increase the speed of adoption of optical communication systems by the development of a solution that connects satellites and high-altitude unmanned space vehicles to ground stations. Myriota is pioneering low-cost, low-power, secure direct-to-orbit connectivity for the Internet of Things. In 2018, Boeing purchased Millennium Space Systems which focuses on building small satellites for national security missions.